Trains for the first metro line project in HCMC are expected to be transported from Japan to Vietnam before October 5, according to the HCMC Management Authority for Urban Railways (MAUR), which suggested that relevant agencies team up with the project’s contractor to facilitate efforts to bring the trains home.

After that, between October 10 and 12, a ceremony to celebrate the arrival of the trains is scheduled to take place at Long Binh Depot in the city’s District 9, reported Tuoi Tre Online newspaper. 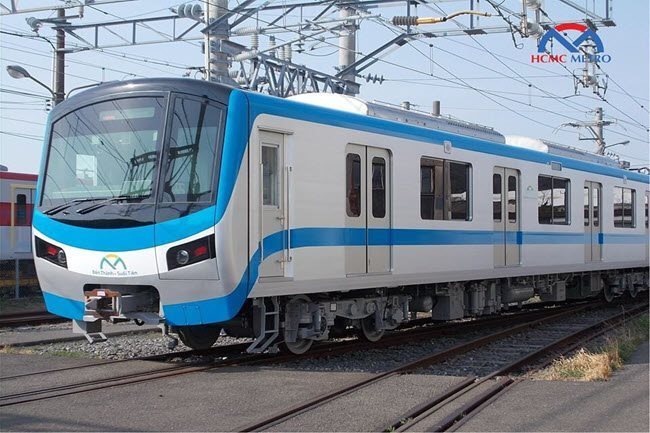 A Ben Thanh-Suoi Tien metro train is stationed in Japan. The trains are expected to be shipped to HCMC before October 5 – PHOTO: MAUR

Each of the trains has three cars, with a total length of 61.5 meters, and will be extended to have six cars in the future. Each train can travel at a maximum speed of 110 kilometers per hour on elevated sections and 80 kilometers per hour in the underground, carrying 930 passengers.

The Covid-19 pandemic prevented the trains from being shipped to the country in June this year. Experts of Japan’s Hitachi Group, which produced the trains, had completed technical checks on the trains before they could be transported to Vietnam.

The first metro line, which connects Ben Thanh Market in District 1 and Suoi Tien Theme Park in District 9, is set to have a total of 17 trains and will be some 19.7 kilometers long. Work on the project is scheduled to be completed by 85% by the end of the year.