Vietnam in a rush to open new industrial zones

Due to its successful containment of Covid-19, Vietnam is having a great opportunity to attract foreign investment, with many localities across Vietnam building new industrial zones.

The prime minister has approved a plan to build the Gia Binh II Industrial Zone covering 250 hectares in Bac Ninh Province. The project requires an investment of nearly VND4 trillion, including VND1.2 trillion from the Hanaka Group Joint Stock Company. 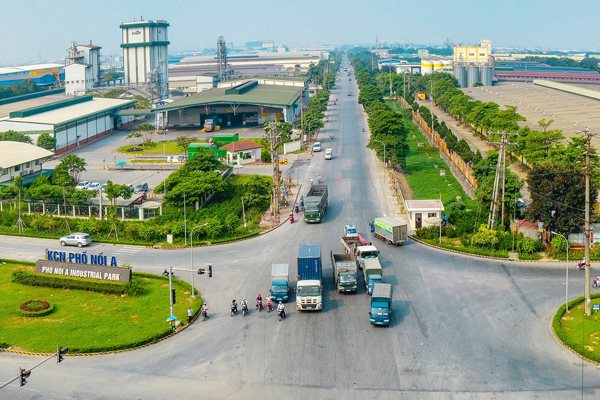 In Hung Yen Province, the Hoa Phat Hung Yen Industrial Zone Infrastructure Development Company Limited has received an approval to build the expanded Pho Noi A Industrial Zone. The company will invest over VND1 trillion to develop an expanded area of 92.5 hectares in the industrial zone.

With this project, the Pho Noi A Industrial Zone will be expanded to 686 hectares. The industrial zone has attracted 208 projects worth some US$2 billion.

In the south, Binh Phuoc Province has sent a proposal to the prime minister to expand the Minh Hung – Sikico, Bac Dong Phu and Nam Dong Phu industrial zones.

Industrial zones are mainly developed in cities and provinces that attract a huge amount of foreign investment. For example, Bac Ninh Province is one of the top destinations for foreign investors. The province is operating 10 industrial zones, attracting some 1,600 projects worth nearly US$20 billion from 37 countries and territories.

Cities and provinces are advised to attract investment in sectors that are their strengths, follow the Government’s orientations and ensure safe and quality capital.