Vietnam has suspended giving out licenses for new golf courses in an effort to save soil for rice cultivation and protect poor farmers, reports said Tuesday. 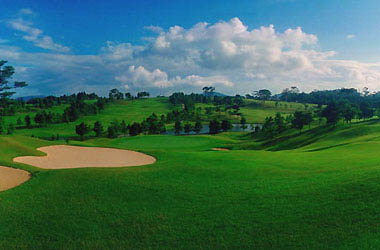 Dung also instructed local governments to report the benefits and disadvantages of golf courses to the government in the last quarter of the year.

State-run Vietnam News daily reported Tuesday that no new licenses for golf courses would be issued.

“Golf course projects located in areas under rice cultivation must be unconditionally stopped,” Phan Huu Thang, head of the Foreign Investment Agency under the Ministry of Planning and Investment, said.

He added that no new licenses would be granted pending the review of existing projects.

Last month, the Ho Chi Minh City government also requested the municipal Department of Planning and Investment to stop authorizing licenses for golf course projects in the city until clear guidelines were established regarding zoning for golf courses.

For golf course projects already licensed, the committee instructed the department to cooperate with relevant agencies in monitoring their development and impact on the environment.

Licenses for these golf courses were to be revoked if the projects progress too slowly.

Currently, there are six approved plans to build golf courses in the city covering a total area of 1,262 hectares, according to the department.

A recent report by the Ministry of Planning and Investment said 13 golf courses have been licensed and eight others approved in principle nationwide.

Another 123 golf courses are part of real estate projects which are presently underway or seeking authorization, the ministry said.

Agricultural land ear marked for developing those 144 golf courses amount to an area of around 6,000 hectares, including 1,630 hectares of paddy-cultivating land, the report said.

A golf course is estimated to take up an average area of 374 hectares.

Many golf courses have also swallowed large swaths of agricultural lands in the northern provinces of Ha Tay, Hung Yen, and Thai Nguyen, in the Central Highlands province of Lam Dong and Long An Province in the south, the report highlighted.

The Ministry of Planning and Investment also said in its report the country has yet to issue any zoning regulations for the development of golf courses.

Due to the lack of zoning regulations, plots used for golf courses have been taken from land meant for building tourism spots and green parks, the ministry said.

Land used for rice cultivation shrank from 4.5 million to 4.1 million hectares between 2000 and 2006 due to the growth of industrial and residential areas, the Ministry of Agriculture and Rural Development said in June.

The ministry also warned the maintenance of golf courses can cause serious environmental consequences.

An 18-hole golf course consumes 5,000 cubic meters of water per day along with a major amount of pesticides, fertilizers and other chemicals used for farming.