New project hopes to rescue Hoi An River within 2 years

A US$13 million project is expected to protect the environment in Hoi An City, Quang Nam Province, including the city’s iconic Hoai River, in the next two years, said Truong Van Bay, vice chairman of the city’s People’s Committee. 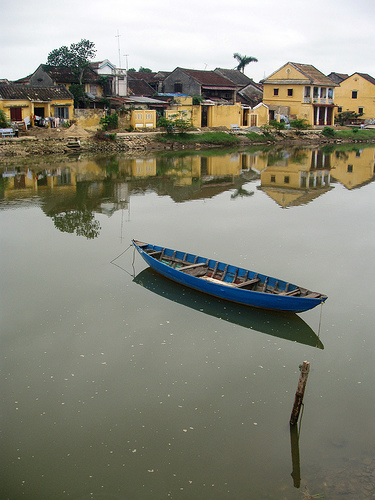 The situation should be solved over the next two years as the city launches a project to protect the environment.

The project is being funded by the French government’s official development assistance. It will cover three activities: the construction of a waste water treatment facility, a solid-waste treatment facility and a network to collect waste.

Hoai River has suffered from serious pollution in recent years and has developed a smell, according to Bay. Tourists and residents alike expressed their appreciation for such a project.

Jenni Anna, a tourist to the city, said that she felt sorry to see the river polluted, and that the city’s authority should really do something to save it. Meanwhile, the section of the river which runs through the canal of the Bridge Temple (Chua Cau) is even more seriously polluted, as around 12,000 residents living in Minh An, Cam Pho and Tan An wards as well as 28 hotels dump their waste water into the canal.

According to the Department of Natural Resources and Environment, the concentration of polluting substances in the canal is two to three times higher than allowed.

"We residents have been living with the pollution for years. We have made demands to city authorities but nothing has been done," said Nguyen Nam, a resident of Minh An Ward.

Bay said that Japanese experts had previously issued warnings about the alarming levels of pollution in Hoai River.

The first phase of the project, which is choosing contractors, has been completed and the remaining parts of the project will be implemented by the end of this year, according to Bay.