As the Vietnam property market continues to struggle, some real estate firms are setting sights on more lucrative investments in Myanmar.

Leon Cheneval, associate director of CBRE told VIR last week that there would be a lot of interest from Vietnamese developers to go to Myanmar due to the Vietnamese property market’s big freeze. Myanmar today is really an underdeveloped market. Hence, it represents a good opportunity for developers if they can be quick enough on the draw. 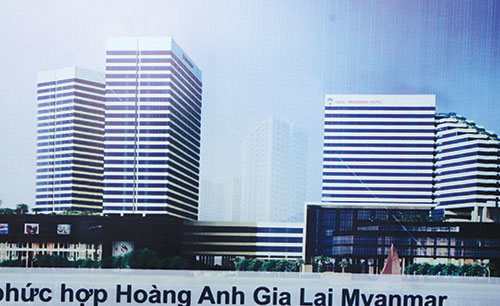 “We are seeing a lot of Vietnam-based developers looking strongly toward Myanmar for future investments if they have sufficient financial ability,” added Leon Cheneval.

Nguyen Huyen Trang, assistant to general director of Bac Son Development and Investment Joint Stock Company revealed that the Myanmar market would be a new part for its investment plans abroad, mostly in retail properties.

Trang agreed that Myanmar would be a potential property market for foreign developers including Vietnam-based firms because Myanmar was suffering shortages in all sectors, while demand is soaring, especially for residences, offices and hotels.

However, “I do not think that Myanmar is regarded as a solution for Vietnam-based property firms. It is not the right time unless you understand the market. The Vietnam market is still highly appreciated by regional countries. Because Myanmar is a new land, it will have more investment risks,” added Trang.

According to Cheneval, the opportunities for Vietnamese firms to invest in Myanmar were clear. Particularly in the sectors of hotels, serviced apartments and office space, Myanmar had high rent and low supply, a clear opportunity for any real estate firm.

CBRE reported that foreign developers investing in Myanmar would enjoy a number of advantages over those who invest in Vietnam, such as maximum lease terms over 50 years, unlimited foreign ownership of a condominium building, and the concession that national registered companies with majority national ownership can buy land.

Regarding office rents, Myanmar features disproportionately high rates. Grade A office space in Hanoi goes for $33 per square metres, Ho Chi Minh City $31 per sqm, Bangkok $27, while grade B offices in Myanmar will set companies back a staggering $83 per sqm.

CBRE added that occupancy in Yangon’s retail market was high. Department stores and supermarkets were general fully occupied, while shopping centres average an occupancy of around 96 per cent.