Real estate has become one of the hottest merger and acquisition (M&A) sectors in recent years, however many of the facts about the deals are rarely made public until well after they are concluded.

M&A activities in real estate sector have always been common, but the sector has a reputation for details to remain sketchy, and it is often third parties that disclose the real facts of a deal. 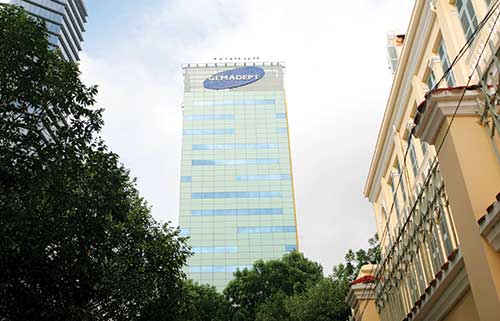 Despite some successful mergers and acquisitions, investors feel embarrassed publicising their deals

Some of the consultants have found that press-releasing a successful deal to boost their reputation have proved more inconvenient than keeping entirely silent about their role. A consultant last week was forced to redact the details of a deal they were involved in from a press release as the owner of a shopping centre they had represented was unhappy details had entered the public domain. In this instance it could be argued the deal should have been made public as the centre’s existing tenants needed to know they were about to lose their outlets.

No matter the value of the information being made public, investors and buyers alike are less likely to release the details of M&A deals, especially the value of a transaction.

Phan Xuan Can, chairman of SohoVietnam, a consultancy that has a sales portfolio of more than 100 real estate projects, told VIR that many domestic investors were under the illusion that selling projects was a failure when doing business.

Can said M&A activities should not be considered a negative thing. “The issue that investors sell some projects or buy others is normal in business. They simply want to restructure their portfolio in a better way,” Can said.

“Investors could hold a wide portfolio of projects but thanks to the downturn in the real estate market they might want to cut their losses and return to more focused projects,” Can said.

Meanwhile Le Minh Dung, director of CBRE Vietnam said that some investors did not want to publicise their purchases as they only intended to flip the project for a profit onto someone else and had no interest in developing it themselves.

“There is little transparency in M&A and many investors have missed out on opportunities to find out a suitable deal due to the secrecy involved,” Dung said.

In the first six months of this year, a slew of M&A deals were concluded. Commenting on the wave of deals in the real estate sector, most consultants said that the market would heat up but transactions would be focused on already completed projects.

Chris Brown, country manager of Cushman & Wakefield Vietnam said that demand would continuously increase in the next two years, especially for the retail segment.

“Future buyers will be interested in the projects which have prime locations, transparent ownership and documentation and competitive prices,” said Brown.