Experts set eyes on Hanoi’s villa and housing market in the first quarter of 2012.

Savills Vietnam’s 2012 first quarter property market report showed that Hanoi is currently home to 117 property projects with around 40,000 villas and terraced housings. Of these, 24 projects involve with capital contribution contracts and the remaining 93 projects are transacted through trading contracts. Around 27,300 apartments in the suburban districts of Me Linh, Quoc Oai and Dan Phuong involve capital contribution contracts with prospective buyers. 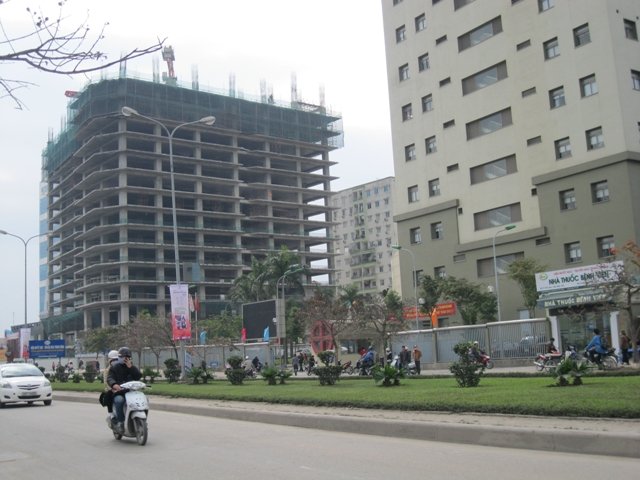 The report also revealed that the price of villas and terraced housing has gone down in most areas in Hanoi.

In the first quarter of 2012, terraced housings and villas in new urban areas could be bought for 20-30 per cent less than in the same period of 2011 and properties that are 60-80 square metres and cost VND2-2.5 billion ($95,000-$120,000) grabbed customers’ attention, according to property consulting firm Sohovietnam.

“The property market was sombre in the first two months of 2012. Things got brighter starting in late March when there were a number of transactions,” said Sohovietnam’s chairman Phan Xuan Can.

“A sequence of support facilities and project infrastructure was completed which matches construction progress of the villas. The developer and contractors have been in full swing to reach their progress targets,” said Leech.

Also according to CBRE Vietnam, in the first quarter of 2012 prices have continued to fall in half of Hanoi’s new urban area projects.

Regarding property projects which are in an early stage of construction, prices have fallen an average 5 per cent against the previous quarter while the price at completed and nearly completed projects has not changed.