An economic delegation from the Japan Chamber of Commerce and Industry (JCCI) will visit Vietnam from September 23-26 to look for investment and cooperation opportunities in various fields. 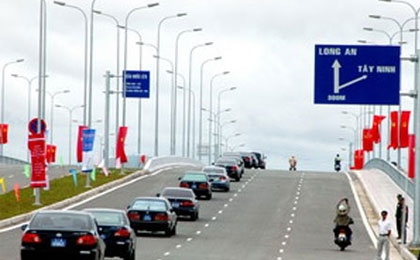 Apart from promoting cooperation with Vietnam in traditional areas such as infrastructure development and energy, small and medium-sized Japanese businesses are particularly eager to invest in support industries.

According to the Overseas Investment Department under the Ministry of Planning and Investment (MoPI), Japan remained the biggest investor among the 29 nations and territories having newly licensed investment projects in Vietnam during the past eight months with $4.33 billion in registered capital.

This accounts for more than half of the total newly registered and increased capital in the country.

The figure is much higher than the registered capital of other investors like Samoa (nearly $890 million, making up 10.5 per cent of the total) and the Republic of Korea (more than $654 million, or 7.7 per cent).

Over the years, Vietnam has always been regarded as an attractive destination for Japanese investors because of its political stability, open investment environment and abundant labour force.

However, Co-Chairman of the Vietnam-Japan Economic Committee, Kyohei Takahashi, says Vietnam needs to improve its business environment and the competitiveness of the national economy in order to attract new inflows of foreign investment, including that from Japan.

Japanese investors need legal assistance for their business operations and they are also concerned with living conditions when they decide to invest in new land, he notes.

The MoIT and the Japanese Ministry of Economics, Commerce and Industry have selected five areas for cooperation in implementing Vietnam’s industrialization strategy within the Vietnam-Japan cooperation framework through 2020.

According to the strategy, Vietnam will create specific policies to call for investment from Japanese businesses to help develop support industries in Vietnam.

Japanese investors are also keen to invest in Public Private Partnership (PPP) projects for developing infrastructure and energy in Vietnam, which is one of the important contents of the Vietnam-Japan joint initiative.

Japan is a major investor in Vietnam and its ODA funding is mainly allocated to infrastructure development projects.

The MoIT says if Japan combines private capital sources with its government ODA investment in Vietnamese infrastructure, Japanese funded projects will be more efficient, particularly as Vietnam is beginning to implement some trial projects following the PPP model./.